While we are still working away on beta 2.10, “Seafarer+”, our next major release, I thought I would share a bit of what we are working on while new players enjoy the deal going on right now of -25% off Wayward on Steam for the next few days. Enjoy!

There is a new item quality system implemented which reduces some of the confusion in the previous system in terms of colors and naming, which have both been redone. This new system decouples the old legendary item system that only allowed for a single magical property to be included on legendary quality items. Now, any item can have magical properties, and sometimes even multiple properties. The amount is still tied to the item’s quality, but no longer specifically tied to legendary items, which have now been renamed to “exceptional”.

There is, however; a new maximum tier quality, called “Mastercrafted”; only possible to obtain through high efficacy crafting with decent skills. These items are super durable, have a huge impact on skills/actions used by them, and can feature up to four magical properties per item.

Treasure hunting and maps have had a complete overhaul. The mapping system now looks a lot more thematic and hand-drawn, improving the aesthetic substantially. The treasure maps can also be reversed and rotated, increasing their difficulty and improving the gameplay portion of finding the locations. We plan to improve this new gameplay feature by expanding the treasure hunting system to include riddles and hints as well. Oh ya, and there’s even a chance a map can feature more than one treasure now! Preview this new system in the video below.

Maps will now fade and deteriorate like before, but now look a whole lot spiffier when doing so.

As hinted at above, items will now vary in effectiveness when used in certain actions or skills. For example, a fishing net will be better at catching fish than a fishing pole (among other benefits). This effect is furthered by the item quality as well. Here’s a look at this system including a sneak peek at the new item inspection mode which will reveal even more information on each item. 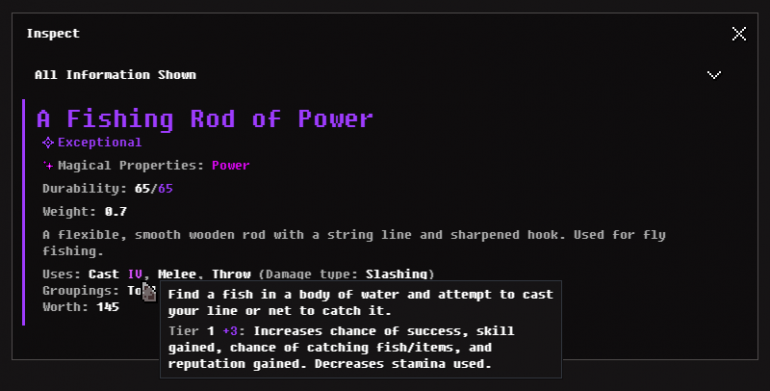 We have teased the new attack animations a bit, but there is also a bunch of new notifiers available; those icons that pop-up over your character, that now show over creatures in certain instances as well.

Every attack damage type has a unique animation, including traps that animate over the creature or player. Ranged items like throwing, slings, and bows will now animate the ammunition along its trajectory. There are new pop-up notifiers showing creatures becoming tame or untamed, status effects to your player (like getting poisoned or burned), items close to breaking or destroyed when crafting or on use, water ready to drink on water stills, and more!

The purpose of all this is to provide more visual feedback to the player without the need for reading through your messages with each action. This video showcases most of these new additions.

What’s the point of copper without bronze? Well, with the addition of tin, bronze is now obtainable! This new maximum tier metal is better than iron in most ways; however, has less durability and is a lower tier in some specific cases; so both materials still have their individual uses. Tin will now take all the hate from copper going forward! 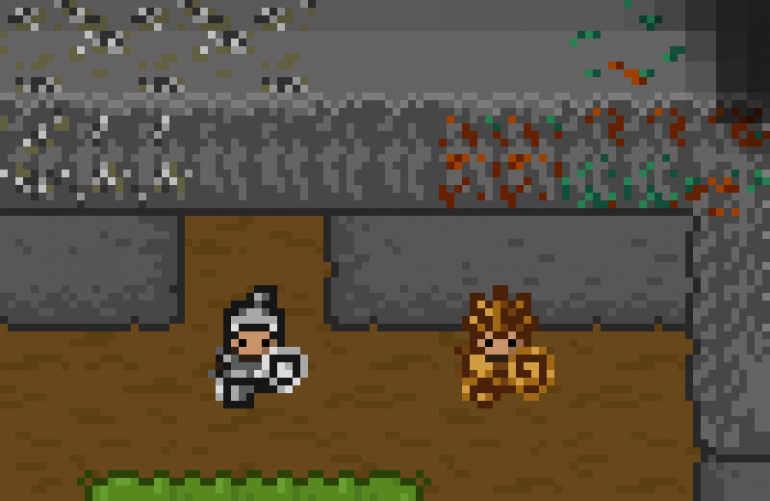 We already talked a bit about the new temperature system in our last newsletter, but we are furthering this system by allowing things to melt or decay faster or slower depending on the temperature. For example, snow tiles too close to raging fires, or raw meat in a hot backpack.

This example video is a sped up a bit just so you can see tiles melting and turning into puddles. If there is enough water on a tile, it will convert itself to a pool of shallow water. We also see at the beginning that apples decay slower while in the colder climate of the ice cap, and even slower while in a chest.

We bite off a bit more than we could chew here with everything, and as a result, we will be delaying this release a bit until we get everything polished. It will be no doubt one of our biggest single releases to date. That being said, if you are interested in any of the above, all of  it is playable and more in the development branch and we are already gathering feedback from players as we make the changes.