This week I had some inspiration with a lot of the things that were bugging me about where I last left off with the terrain generation. I had an idea instead of doing a bunch of different passes to add stuff like rivers, mountain passes, biomes, swamps and more, to just instead generate another map on top of it and use differences between the values to create all the new stuff. I’m glad to say this all happens in a 512×512 area under one second, so it’s good enough for speed as well. The end result is a much more seemingly hand-crafted world, that actually isn’t – that’s exactly what I wanted. 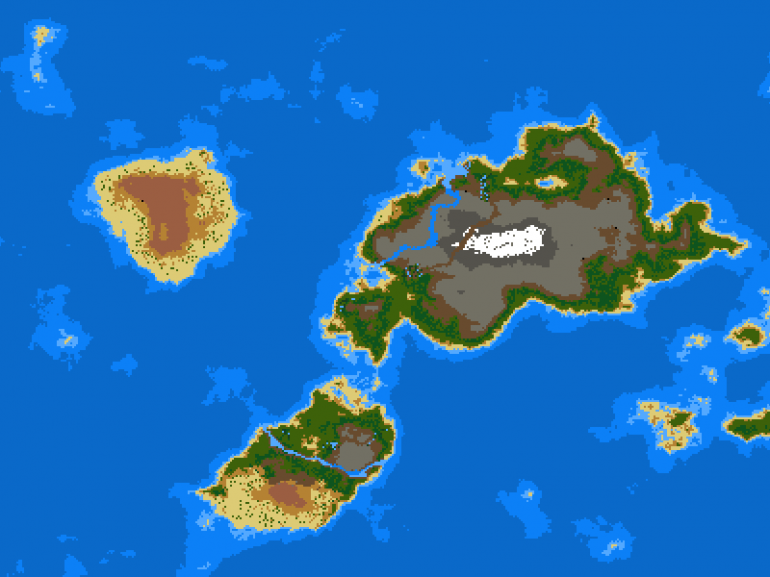