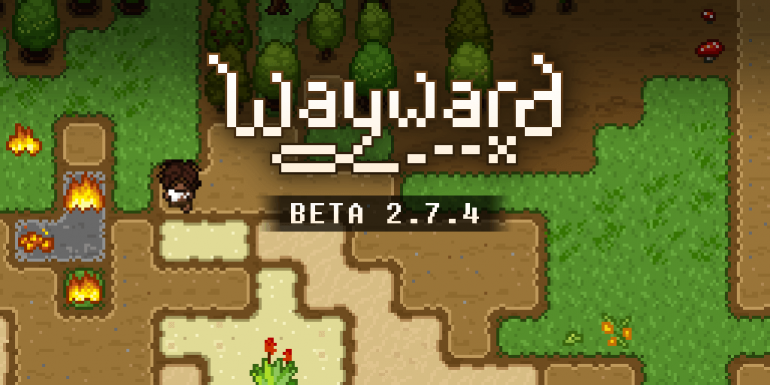 With this update, the beta 2.7.x series should be concluded.

Much like our last update, we focused on squashing bugs, but also balancing, refining some systems and improving the mechanical depth of the game.

This time around, we took a look at crafting and deepened the impact of several factors including required doodad quality (which was largely unimportant previously) as well as adding “tiers” to required tools, making it so better tools could produce better quality items. New sorting options will also help to maximize crafting benefits. Get those legendary furnaces and iron hammers out!

Some other stand-out changes include:

You can take a look at some of the preview media for this update shared in the last update post.

After this update, we will begin working on the next major update (provided there are no major issues). Our hope with beta 2.8 is to take a look at some systems and areas of the game that are getting a bit long in the tooth. This includes an overhaul to the inventory and crafting interface as well as improving the performance of the game (the two are closely linked). We will of course be adding lots of new content and improvements as well, picking some of the things suggested based on the wishlist discussions and poll.