We have hopefully wrapped up the majority of the bugs and issues brought forward with 2.7. But more important may be the balance changes and UI improvements in this release.

Our intention with the plant and gardening changes was to create a bit of risk and with the reward of producing large crops, but also to further the watering mechanic which was tedious with little benefit previously. We have had a lot of feedback on that as soon as you produced crops, there was no worry about food. This should adjust that sentiment, at least slightly for now. It was important to introduce something for this that was completely optional. You can plant and gather from your crops just like before, but if you want to continue to sustain life in the same crops, you must tend to them a bit more.

Another common complaint was the usefulness of copper. While the original intention was to create a resource that wasn’t necessarily as good iron for the sake of variety and training your skills, it fell short as many players simply skipped the resource entirely in favor of iron. So, now with the previous changes of repairing copper items not requiring fire, differing resistances/vulnerabilities, combined with the changes in this patch (reduced weight and reduced crafting resources), we hope that it can now fill some more niches.

We possibly need to stagger the release of beta 2.8 a bit, so there will likely be another large-ish patch for the 2.7.x series to look forward to.

Please read below for all the details on the other changes. 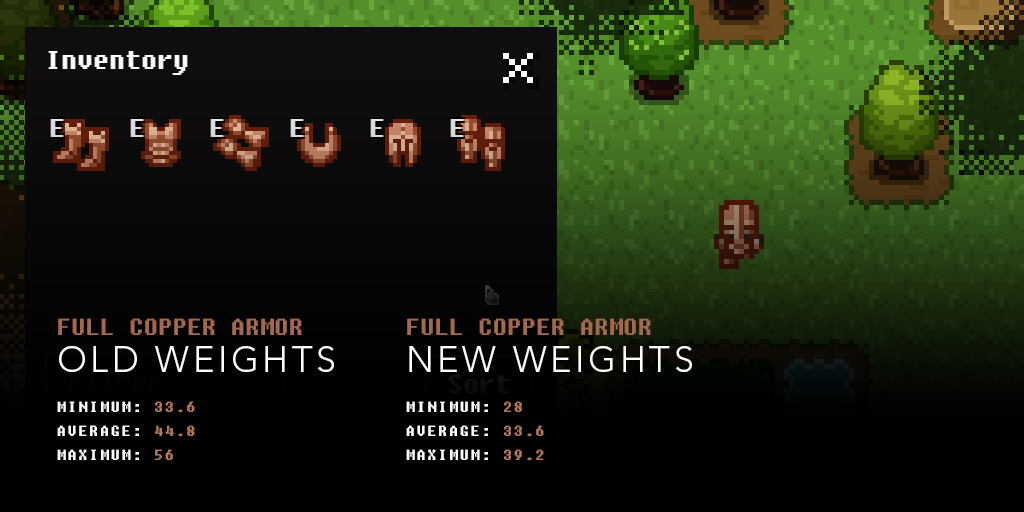