In 1.9.2 we are seeing a deepening of the combat system and potential strategies in regards to armor having different resistances and vulnerabilities. This follows the same model as damage types for your weapons against monsters; now monsters also have a damage type or types against you and your equipment. Combat messages will reveal if you are properly equipped to take on each foe, just like in the last version where it displayed if your weaponry was effective against them.

This will most likely be the end of the line release before beta 2.0, which will ideally see the long-awaited Steam release. There’s still a lot of things up in the air about that, so I can’t reveal or comment on too much of it.

Fixed a bug where:

Armor now has specific vulnerabilities and resistances and monsters now have damage types to be used in conjunction. 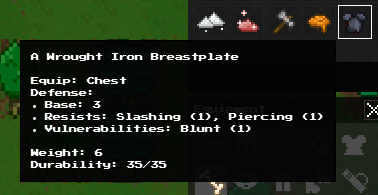 Attack and defense labels now have hover-over information which includes a more in-depth break down of damage types, resistances, vulnerabilities and skill bonuses for each. 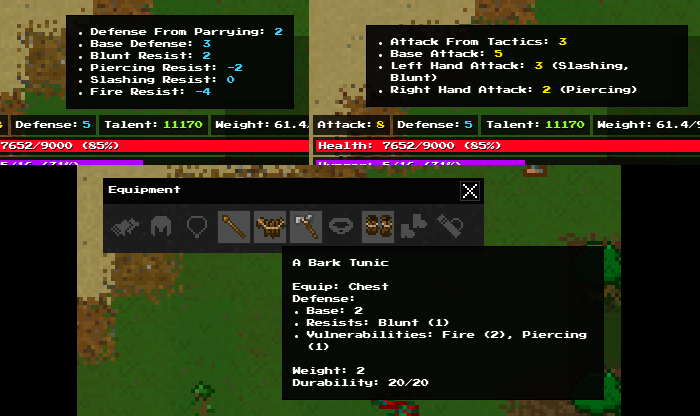 Transmogrify, Repair, Reinforce, and the new “Preserve” now show up in each item menu to specifically perform item on item action instead of having to drop the item on the ground to perform the actions. 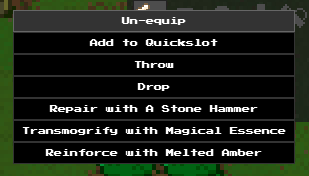